The Will of a Chief 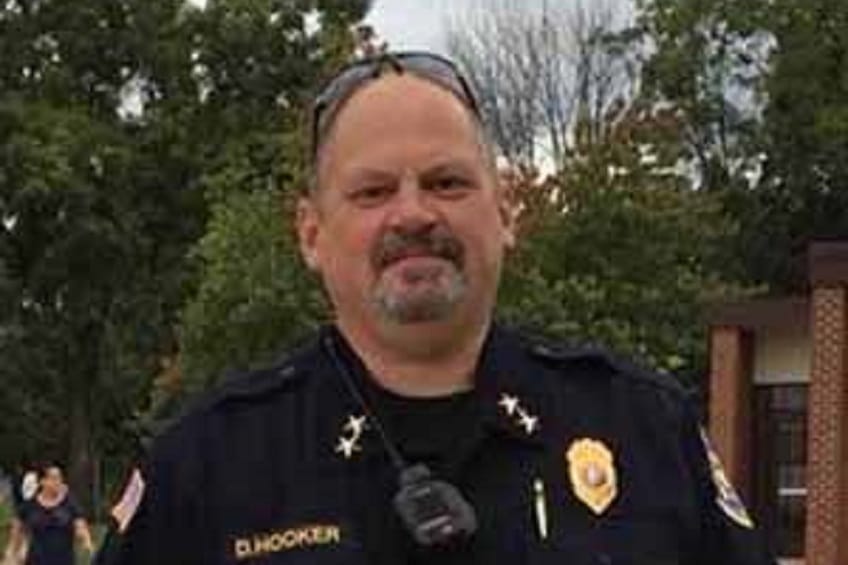 A struggle ensues, you lose your balance, and your head hits a concrete wall. The oﬀender is trying to get your gun, you’re trying not to lose consciousness while your will to live keeps you engaged in the ﬁght of your life. The oﬀender now has your gun and it’s pushed into your chest. Your training and determination to survive remind you that a handgun can malfunction. You do the unexpected; you push your chest harder into the gun. When the deadly weapon pushes into your chest, it causes an out of battery malfunction. This malfunction occurs when the slide of the gun does not go entirely forward into battery. With the slide forward, and barrel in proper ﬁring position, you hit the magazine release button, and it drops to the ﬂoor. The oﬀender still has one bullet in the chamber and is telling you he is going to kill you. Like any stubborn law enforcement oﬀicer, the idea of defeat pisses you oﬀ; your rage turns into adrenaline ﬂowing quickly and powerfully through your veins. He releases your gun, you clear the weapon, toss it aside and subdue the suspect until help arrives. You have now been engaged for a full eight minutes with no assistance from bystanders.

The Truth of a Nightmare

For many in law enforcement, a reoccurring nightmare involves the loss of control of your weapon. For Dave Hooker, this was a real event in May 2013. It began when he was dispatched to a 911 hang-up call, a call for service oﬀicers respond to hundreds if not thousands of times throughout their careers. Most often, kids are playing with the phone, or a wrong number dialed. On this night, what is often a “routine” call turned into a potentially deadly situation. This subject was suﬀering from a psychotic episode from years of drug abuse when a family member called 911; they were unable to complete the call because the subject was escalating.

When the offender was brought to trial, Dave was his wife and a few oﬀicers attended while the oﬀender was surrounded by support from the mental health community. Found not guilty by reason of insanity, he was being congratulated and given offers of support. Dave was left to deal with his feelings of abandonment on his own.

In March 2015, Trooper Trevor John Casper was killed in the line of duty while attempting to apprehend a suspected bank robber.  This incident occurred less than two hours from where Dave worked and he became uncharacteristicly obsessed with Trooper Casper’s death.

Over the next two years, Dave lost three law enforcement friends to suicide. Three friends in two years. This would aﬀect even the mentally toughest people; these losses and Trooper Casper’s death caused Dave to have thoughts of ending his own life.

Soon after the murder of Trooper Casper, Dave attended a week-long training on dealing with people who are in the midst of a mental health crisis. One of the speakers was an oﬀicer who was talking about his trauma and his own thoughts of ending his life. During the presentation, Dave began smelling fried ﬁsh, the smell that surrounded him in the residence in May 2013. This caused very vivid ﬂashbacks and he started to second guess every move he had made that day. When the training ended, the speaker recognized Dave was in emotional turmoil.  He tried to talk to Dave about how he was feeling, the answer Dave provided is what was too often the expected, “I am ﬁne.” He knew this scripted response meant more than those three small words. The speaker asked Dave to promise him one thing; if things get really bad, Dave will reach out to someone for help.

A Brother in Blue Saves the Chief

Eventually, things became intolerable. Dave found himself on the ﬂoor with a picture of his family and his gun to his head. As he sat there, he suddenly heard the voice of that speaker, making him promise to reach out to someone for help when things got unbearable. These words he heard from a fellow oﬀicer saved his life; Dave put away his gun and sought help.

During this dark time, Dave was promoted to Chief. Despite the honor, he rejected of the idea of getting help even more. As the Chief, he is the leader and the strength of the department, he believed he couldn’t be depressed. He believed he wasn’t allowed to have a mental health issue.

Today, Chief Hooker encourages others to seek help, share their stories and support one another. He stated, “I cannot lead if I am broken was my line of thinking back then. I realize now I was not broken, I was human, and the reason I am willing to tell my story is the demons of this job do not care about your rank or status.”