Simply the Best…Until She Wasn’t 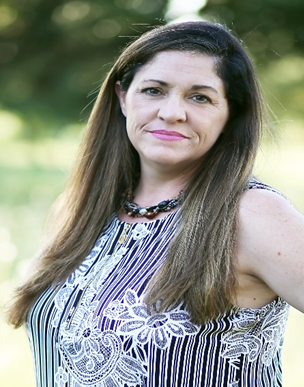 She was the first professional of her family. Drugs and alcohol were something that affected her life from birth. Despite the family life she grew up in, Erika said, “not me.” She started off in the Police Explorers and a declaration of her future employment at the department.

Where Everybody Knows Her Name

Two weeks after celebrating her twenty-first birthday, Erika was hired by that department. Proving to everyone who knew her that her past did not define her. Her first solo call after completing field training resulted in her being involved in an officer-involved shooting as an outcome of a “suicide by cop” situation.  A pat on the back from the Chief and a few small lies to the department psychologist and this single mom was back on duty. She needed this job, but even more, she wanted this job.

Mutual respect for your co-workers in public service is a must.   One of the most popular ways to develop these relationships is with an after-work drink….or two…..or three.  Lucky for Erika, her field training officer who later became her shift sergeant owned a bar in town. It soon became common to walk into the bar at midnight and find her holding up one of the bar stools after her shift ended.

This arrangement worked out really well for Erika. As a teenager, she quickly discovered the affect alcohol had on her Tourette’s syndrome. The twitching she would have when sober would be hardly noticeable when alcohol soothed her body and soul.  As a police officer, the twitching would become more apparent when tired or stressed. So the alcohol intake became more frequent and was in larger quantities. All Erika had to do was head to the neighborhood bar. The mental anguish of the cases she was working disappeared.

It wasn’t enough for Erika to be a field training officer, she was promoted to detective and was the youngest officer to ever do so.  As a young female detective, Erika quickly became the go-to detective for anything involving juveniles. It did not matter if the youth was the suspect or the victim if a minor was involved, Erika was given the case.   She thrived on closing out each case with an arrest.  It gave her a sense of accomplishment and pride. Erika earned the nickname “confession queen” by the State’s Attorney’s Office.  She was well respected and loved proving your past does not define you.

Being immersed in child autopsies, molestation cases, child abuse, and more Erika’s mental health was declining. Being so successful at her job was causing her to become a highly functioning alcoholic.  She did such great work, so she was relied upon for all cases involving juveniles, no matter what capacity. They could be the victim, the offender, the suspect, the witness, it did not matter if there was a minor involved, the department relied on Erika.  Different then a patrol officer, detectives work cases day after day until there is a resolution. Erika was the only detective who dealt with juveniles day in and day out. At one point, she had 138 active cases that required her attention.

Her husband was a teacher and just did not understand the stress and internal exhaustion these cases brought her. Her bar stool and alcohol became her counselor. After six years of being the only juvenile investigator, Erika pleaded with her Lieutenant for change.

Unfortunately, Erika was outstanding at her job, so her department did not want to “fix what isn’t broken.”   Erika was trying to do what was right for her mental health by talking to her supervisor. But she forgot about her identity outside of the job. Erika, the person, did not need to revolve around what her command staff did or did not do. Instead of seeking out avenues outside the department, she decided alcohol could soothe her.

Erika was named Bell County Officer of the Year. This helped give her a continued sense of accomplishment. Soon after, she was promoted to Sergeant and assigned to the patrol midnight shift. This could have solved some of the stress she felt from the trauma of the juvenile cases she handled if it were not for the other change in her personal life. Erika had a 3-month-old infant at home and was breastfeeding. Doing this while working the midnight shift was not agreeing at all with Erika. When she again went to her supervisor to try to find a fit for her professional life and her personal life, Erika was told to “quit whining.” She recognizes that some women can do this, work overnight then remain on a breastfeeding schedule that would be healthy for her and her new child. But she was not acclimating well at all.   For her own well-being and that of her family, Erika returned back to being a detective where she was immediately re-assigned to the juvenile position.

By this point, Erika was drinking a lot but did not recognize any kind of problem-related to alcohol. Just when things were hard, they got tougher. A case came in involving a former field training officer of Erika’s. This man was no longer with the department, but she still occasionally interacted with him. Of course, this case was assigned to Erika because it involved the accusation of her former FTO sexually assaulting his grandchildren. Due to the close relationship, a trainee and trainer can end up with Erika asked her Lieutenant if she could recuse herself from this case. Again, she was told to “quit whining and do ‘her’ job.”

This same week she had to make a death notification to a mother.  Those involved were not strangers to Erika.  A father was having a hard time getting the children to listen to him, possibly as a result of a difficult divorce between himself and the children’s mother. He called upon the police department often for assistance. Since two juveniles were involved, Erika was called in to offer her help.  Now she was delivering the news that these two children are dead at the hands of their father. He shot his children in the head and then took his own life.  Erika held it together on the outside, but she was crumbling on the inside as she delivered this news.

After all of these events occurred one after another, Erika’s drinking was out of control and consuming her. She went to her Chief for guidance. He asked her if she was drinking on the job. Technically, she was not. But she was so intoxicated from the night before when she would arrive at work, Erika was hungover at best but more than likely she was still drunk.  The advice she was given by the head of her department was to “just do ‘her’ job.” So she did, with alcohol by her side.

The final straw for Erika came when she was told her former FTO  had killed himself. He had been told by his wife about the investigation. Her FTO left behind a note. In it, he apologized to Erika for the position she had been put in. Erika was on the verge of losing it but still had a thread of sanity. That is until she got a call at home from the on-duty Sergeant.   He was calling her to tell her to go to her former FTO’s home and photograph him in his deceased state. This was supposed to be a way for her to close out her case. Erika did what she felt she needed to, she refused. Ultimately she was terminated for failing to follow a direct order.

This likely was the best possible outcome for Erika. She was at a point where she feared she would either show up to work intoxicated or be the one to pull the trigger of her own gun ending her life.  When Erika’s lips did not have alcohol passing threw them, it was her duty weapon. She just never pulled the trigger.

After her fourteen-year career in law enforcement came to an abrupt halt, Erika spent the next twelve years being a functioning alcoholic. She had a few tries at rehab and went to an AA meeting here and there. Erika found herself being the exact definition of her past, a loser.  Instead of earning awards, promotions, and accolades as she did as an officer Erika was now losing everything.

Erika’s job was gone, her husband left, her children were gone, and she had no home. Bell County’s one-time Officer of the Year was living out of her car. She could not hold a job because she was always inebriated. She played cat and mouse with the tow company that was trying to find her car to repossess it.  Erika was arrested four times for driving while intoxicated. One of the most shameful times was the very first one. She was arrested by an officer from her own department who she had once trained.

The last drink that Erika took was on the porch of a location that held Alcoholic’s Anonymous meetings. She called 911 and reported her emergency was being drunk. This being said to a dispatcher can easily be construed as the antics of an intoxicated person or even kids. Sensing the annoyance of the dispatcher, Erika stated she was going to keep drinking until she was dead. The worst part, she meant it.   She finally had reached a point in her life where she did not want to accept a slow, painful death at the hands of alcoholism.

When Erika became sober, her youngest child was already twelve years old. He has chosen to live with his father. Erika still enjoys the time with her children every other weekend and often in between. When being separated hurts, Erika no longer turns to alcohol. She reads the Bible, attends meetings, and works the steps she has learned. Erika has a sponsor and a sponsee whom she passes on her message to.

Erika understands that alcoholism is a disease, and she is a survivor. She is now a mental health and substance abuse counselor at Warriors Heart in Bandera, TX, providing services for other first responders and military veterans who also are struggling. One thing I have learned from having the honor of telling Erika’s story is the power of hope.