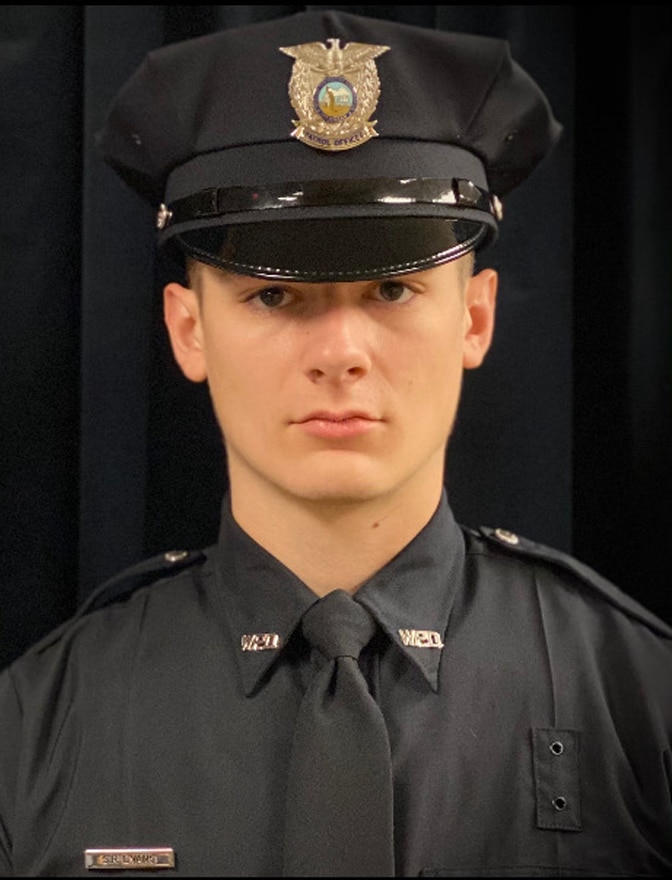 We are saddened and heartbroken to share the news of the suicide death of Sayer Rhys Evans. We not often meet someone as wonderful and special as Sayer Evans. He took his own life on Saturday, November 19th. We will never be the same.

Sayer was a member of the first graduating class of Newark Charter High School, where he attended on an “as needed basis”. Despite his attendance record, he was elected Homecoming King his Senior Year. Sayer looked at high school as a hurdle to his life goals; becoming a US Marine in 2018 at Parris Island in the 6th Engineer Support Battalion, Company B, Wilmington, DE. He went on to accomplish his other dream of becoming a Police Officer in 2021 with the 100th Wilmington Police Department recruit class. He was the very proud recipient of the Lt. James A. Diana Senior Memorial Award. Sayer was an honored member of both C and B platoons. Most recently his duties included becoming the “Traffic Car”, which Sayer especially loved because his car didn’t have a light bar and he could travel all over the city eating and sampling from every unregulated food truck and non-inspected food establishment. Sayer was loved by everyone he met. He even had one of his arrestees come back to the police station to thank him for arresting him the night prior.

Sayer is dearly and painfully missed by his sister, Rebecca Evans, of Princeton, NJ; his father and stepmother, David and Lorena Evans, of East Windsor, NJ; his mother and stepfather, Donna and Lorne Peterson, of Newark, DE; stepsisters, Kira, Missy, and Marissa Formica of Manalapan, NJ; stepbrothers, Matthew Peterson of Denver, CO, and Andrew Peterson of Milford, DE; and nephew, Brantley Peterson. He is also survived by his paternal grandparents, Sheila and Grenville Evans, of Nice, France; aunts, Diane and Rhonda Bramble, of Lafayette, CO; uncle, Michael Evans, of Tallinn, Estonia; aunt, Daniella; and cousins, Julie and John Evans of Milan, Italy. Sayer had an especially close relationship with his grandfather, Ronald Bramble, who passed away in 2010. He is also preceded in death by his grandmother, Betty Bramble in 1987, and his uncle, Peter Evans in 1991.

Sayer has touched so many lives and we do not want his memory to ever fade. Please talk about suicide, mental health, and about the pain. Shout about it. If this helps one person, saves one family from the gutting, crippling grief, we have honored Sayer in the best way. We cannot lose another bright light like Sayer. Please join us to celebrate his life and to discuss all of the laughs and light he brought to all of us.