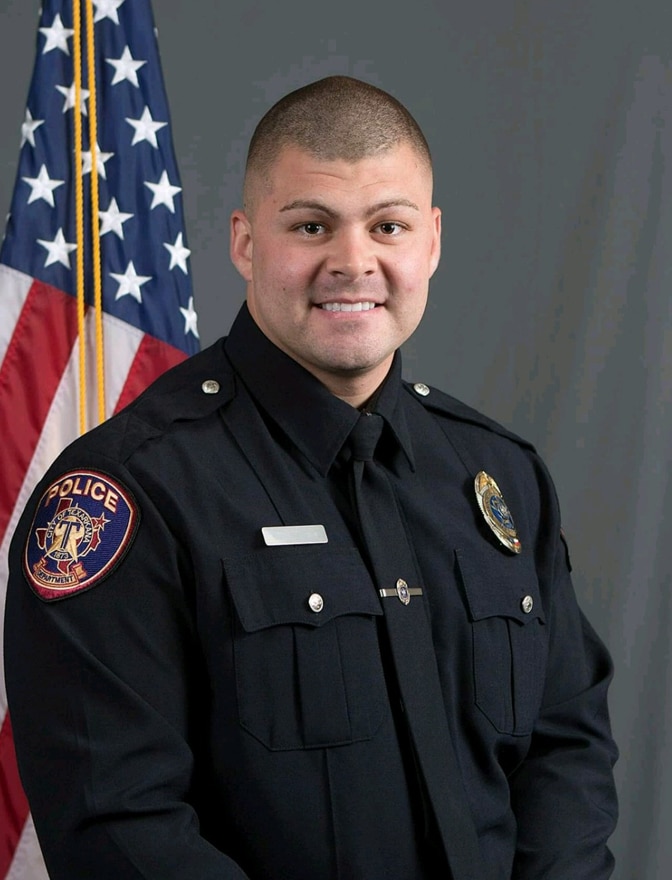 Patrick’s public devotion to law enforcement dates back to 2007 when he was an explorer for the Texarkana Police Department, the same department he would serve as an adult. When Deputy Sheriff Michael was killed on June 30, 2007, Patrick left the following memorial on his ODMP page “Although I never had a chance to meet you personally, I can only imagine the honor I would have felt to have to as my friend. Working in the same building as you has made me realize what a great loss this is to every police agency around. My heart and prayers go out to your family. You were a good man and will continue to be a role-model for many aspiring police officers, including myself. It’s people like you who truly change and unite the world.”

Patrick later became a police officer with the Texarkana, Texas Police Department so that he could unite and change the world. A member of Piney Grove Baptist Church, he enjoyed the outdoors, fishing, swimming going for walks with his dog “Ranger” and exercising. He was a caring person who loved deeply and believed service to others should be part of everyone’s life. In death, he gave the gift of life to others through organ donation and his family hopes that his spirit lives on through others.

His mother wants to share his story because she wants you to stay alive. She said she wished he hadn’t tried to be brave enough and handle it on his own. She wants all of you to never give up, always look for red flags in others and don’t worry about what others think if you need help. Patrick has already saved lives through organ donation, he will save more by giving you the courage to seek help.