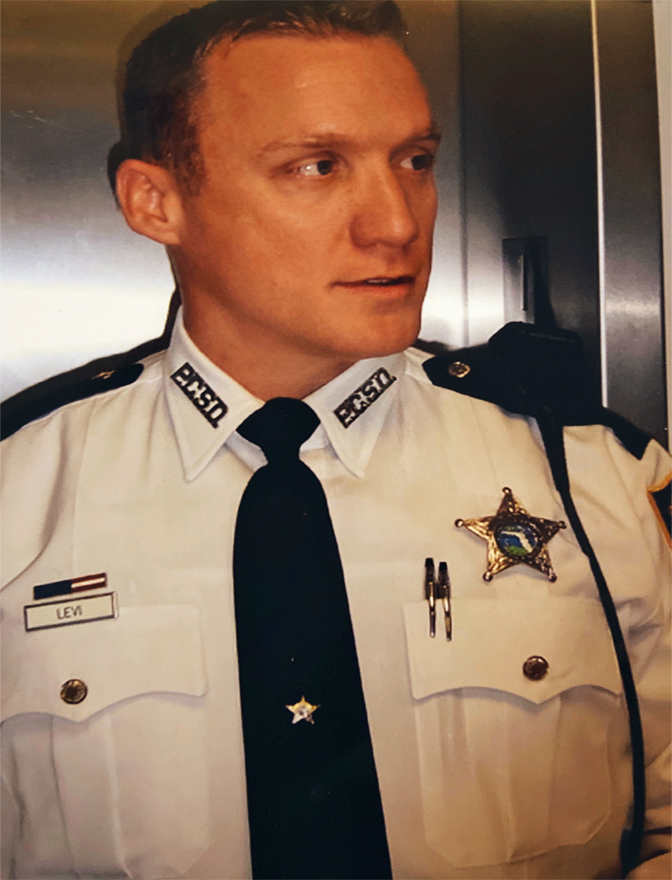 To those who knew him, Kevin was funny, smart, and passionate. He was the epitome of class and grace. He had a way of making everyone feel included, safe, and wanted. He was dedicated and driven, compassionate and caring. He was our protector – and he was your protector, too.

You see, when Kevin was little he wanted to be Superman, but since that job was already taken, he became a cop. From Top Gun at the academy to serving on units from violent crimes to strategic tactical analysis and response to patrol, Kevin dedicated the last 15 years of his life to protecting people as a highly decorated deputy at the Pinellas County Sheriff’s Office.

He was presented time after time with awards for bravery, selflessness, and skill. He saved lives, calmed children, and rescued as many dogs as he could, often taking them for ride alongs in his cruiser before dropping them safe and sound at the emergency vet.

He was an incredible dog dad. He adored his family, and oh how he loved his friends.

We have found ourselves humbled by the outpouring of love, support, and prayers we have received from friends and family. We know that you loved Kevin as much as we did – beyond measure.