Not All Flags Are Equal 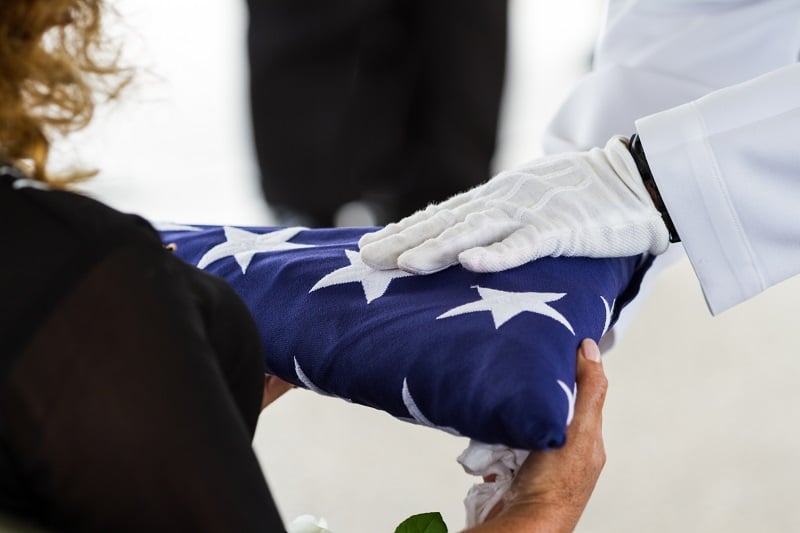 This week is National Police Week and May 15th is National Peace Officers Memorial Day.  Families across this country have received a folded flag that once rested on a law enforcement officer’s casket.  I imagine they each go through a variety of feelings in the days, weeks, and months following the funeral.  As I sit here and look at the flag that was draped over my late husband’s casket, I cannot help but feel defeated, angry, sad, and lost. That flag is supposed to represent honor, courage and sacrifice of the officer and the family, but for me, this flag is a memorial of stigma and fear.

When I close my eyes, I can remember the day that flag was folded and handed to me. It was a cold November morning and with a sea of blue uniforms surrounding me, the 21-gun salute sounded off.  The Marine’s folded the flag and the Chief of Police brought it to me. I remember each word he said, and I was certain I had yelled at him, “This is not happening, I do not want that flag”, but no words were coming out of my mouth.

I held onto that flag that I never wanted for days after his service. I sat on the couch with the flag crying and struggled to make sense of what happened.  Why did this happen? How did this happen?  He had only been on the force for 5 and half years.  He was the beloved dancing cop. He was always smiling, laughing, and joking. He was my Batman; he was the one who fixed everything. He had his whole life and career ahead of him, at least on the outside.

Inside he was fighting for his life, and he believed he could not ask for help.  Being a law enforcement officer was all my husband ever wanted, but the duties that came with it brought him to see things most cannot imagine.  He wouldn’t tell anyone because he may be seen as weak.  His mental stability would be questioned and his dream of being a cop would be stripped from him and that was something we had worked too damn hard to achieve.  I pleaded for him to get help from someone, anyone, but that was never an option for him.  I was his wife how could I not save him?  I blamed myself for not being strong enough to help him find his way back, but the truth is there was no way I could have saved him alone.

In President Kennedy’s Proclamation establishing National Police Week and National Peace Officers Memorial Day it states, we recognize “the service given by the men and women who, night and day, protect us through enforcement of our laws” and “honor of those peace officers who, through their courageous deeds, have lost their lives or have become disabled in the performance of duty”.  My husband served night and day protecting us.  My husband performed courageous deeds.  He was a hero who served his community and made the ultimate sacrifice.  My husband lost his life due to performance of duty along with too many other law enforcement officers, but they too will not be included this week.  Why is my flag a reminder of fear, and suicide?  Why do some families who lose an officer to suicide not get a flag? When will we change it?