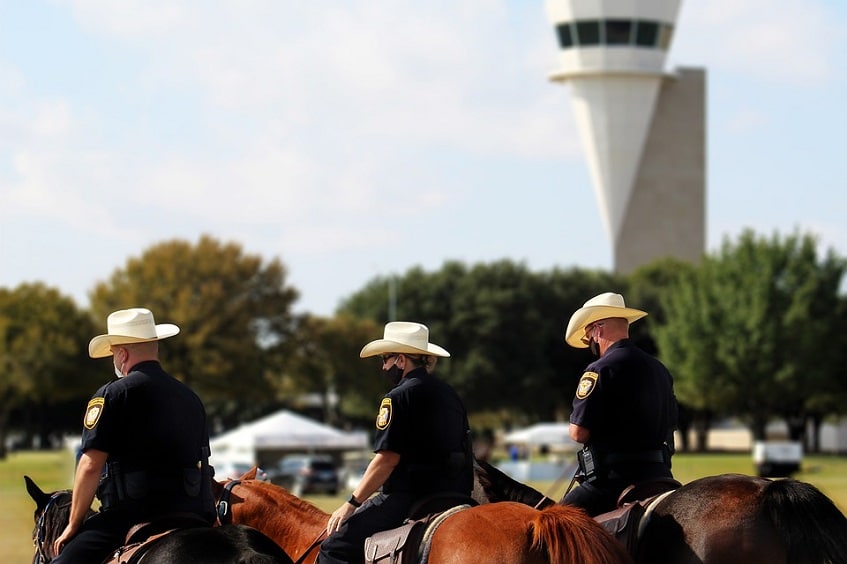 One of the biggest debates many agencies and organizations that support those left behind by an officer’s suicide is should this be a line of duty death.  Blue H.E.L.P. doesn’t debate this, we have already made up our mind.  When an officer is hired, they go through background checks, physical and psychological testing, and are declared fit for duty.  If we hire someone that if “fit for duty” and we know that the job is a factor in both physical and mental health of an officer then it should be an automatic assumption that this a line of duty death unless determined otherwise.  We have already done this for the physical changes that occur in the body in many states across the country.

As one example, Florida State Statute 112.18 is more commonly called the Heart and Lung Bill, was created to provide legal protection for officers who developed heart disease, high blood pressure, or tuberculosis.  The law states these diseases and the total or partial disability or death that results from them are “presumed to have been accidental and to have been suffered in the line of duty unless the contrary be shown by competent evidence.”  The presumption exists because the officer completed a pre-employment physical exam by a medical professional where no evidence of such a condition was found.

Having been in law enforcement for twenty-five years, I am a big fan of this law.  It provides protection for me and my family if I am unable to work due to some physical impairment associated with my heart or lungs.  What I struggle with is that the lethality of some of the diseases that are protected under this law can be mitigated or aggravated by my voluntary actions.

I am sure you have seen an officer who is overweight, or the one with a cheeseburger and fries at 2 am, or one that is using some nicotine based product every chance they get, or the one that consumes alcohol to unwind every night.  Some of this is done because it is easy, some is done because we get pleasure from the vice, some is done as a coping mechanism for the day’s events.  Each of these things can affect both the heart and the lungs, each can by themselves lead to disability or death by creating changes in both structure and function. Certainly, I am not exempt in many of these issues.  I have eaten my share of cheeseburgers at 2 am and enjoy a good whiskey, but I recognize that these things pose a threat to my health and try to moderate the consumption.

Let us just look at cheeseburgers.  If I have a fast-food cheeseburger for lunch it is going to contain fatty meat, ketchup that has added sugar, and a bun made of refined grain.  Fatty meat can increase cholesterol levels in the bloodstream.  This saturated fat is associated with plaque buildup in the arteries and can ultimately lead to fatal heart attacks.  The bun and the ketchup will cause rapid rise in blood glucose levels.  This can lead to an increased risk of type 2 diabetes.

Now let us consider officers who are dealing with operational stress injuries associated with the job.  You cannot give CPR to a child while the parents look on in terror and not be affected.  You do not conduct child pornography investigations where you watch the horrors of humanity play out on video without it weighing you down.  Delivering death notifications after standing over the body at the scene of a motor vehicle accident is something every officer I know dreads.  Everyone is not affected the same way but we do know there are some biological and structural changes that occur in the brain that affect both emotional and cognitive processing.

One such change is the reduction in volume of the amygdala which helps regulate an individual’s emotions.  Multiple studies have confirmed that mental health issues associated with trauma such as PTSD and depression are associated with the reduction of amygdala volume.   Another change occurs in the prefrontal cortex where volume is reduced as a result of traumatic experiences.  This is also associated with PTSD and depression.  The compounding result is two parts of the brain that once worked together to manage emotions and trauma are now not functioning properly and therefore not communicating with each other to process stress.

We have already accepted that the stress of the job can affect internal organs, now we are just choosing which organs can be affected.  The science is very clear that stress and trauma can change the function of the brain so my question to every agency and organization debating officer suicide as a line of duty death is when do you plan on giving up the idea that “this is the way we have always done it” and following the evidence.  We know better now; we can certainly do better.