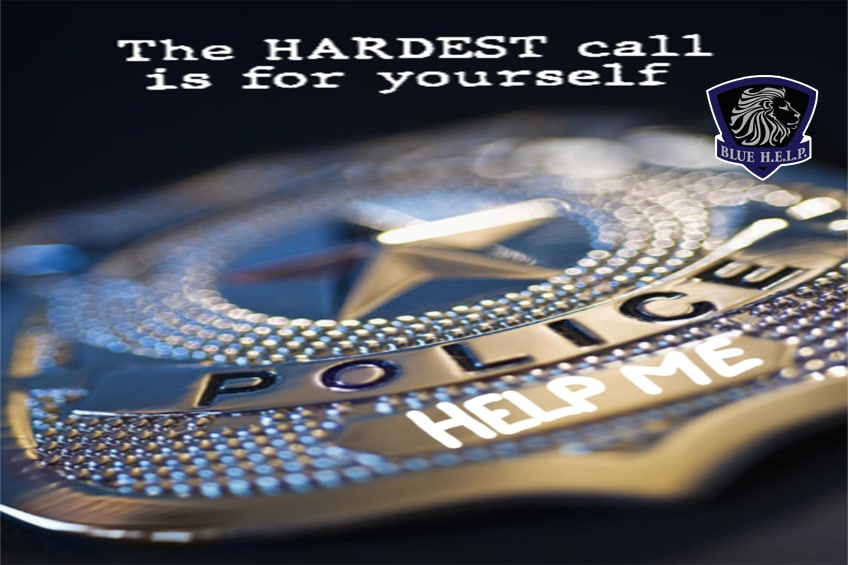 When began my law enforcement career in 1994,  I had no idea the toll daily exposure to traumatic events would cause.  At that time, mental health was never talked about nor was it mentioned in the police academy; the attitude was to “suck it up”.

The first time I performed CPR, it was on a little girl who went limp while her mother was feeding her chicken noodle soup.  I can still see her face, her lifeless eyes, the kitchen, the living room… After the call, I went to a local cemetery to be alone and wept.  Nothing prepared me for that moment. To this day, I can still see every suicide and homicide call I have been on, every fatal car and motorcycle crash, as well as most of the stabbings and shootings. Ironically, until the last few years, I never realized the affect it was having on me, and even when it was, I had no idea what was going on.

A few years ago, while on patrol, I began having mild panic attacks when I was sent on non-priority calls. A simple car crash, a shoplifter at a local business, easy calls, nothing that should have stressed me out at all.  My heart rate accelerated, I started to sweat, my hands would start shaking and my breathing became rapid.  I’d seen many panic attacks on the job, so I knew what was happening, I just didn’t know why.

Many times, I would take a couple deep breaths while en route and speak to myself aloud to pull it together.  I also started drinking, which I had rarely done most of my career. My drinking only on my days off became drinking every night.  My moderate amounts of alcohol became large quantities.  I was self-medicating as a coping mechanism, without really thinking about it. Every little stressor put me over the edge. I couldn’t handle life anymore. My once safe place, my home, became contentious as I was spiraling out of control. I became suicidal, trying to orchestrate the “best way to die” that would cause the least amount of damage to my wife and children. I pushed hard for my wife to leave me, which she refused. I had suicidal ideations regularly, I put the barrel of my gun to my head in different spots, trying to decide the best place for a gunshot, to make sure I didn’t screw it up. At times when I was drunk my wife hid my guns from me. It was a horrible season for both of us.

Throughout this time, my wife begged me to get help but I wouldn’t because of the shame and stigma.  I was the helper, not the helped. As the sole provider for my family, I was genuinely worried about what “getting help” would do to my employment. If I lost my job, we’d have no money or health insurance. My breaking point came on a night I was drunk.  I had conflict with someone, my wife or daughter, I don’t remember who; as I was really drunk most nights many of the details are fuzzy.  What I do remember though, is I tied a tie around my neck to hang myself in my bedroom. In the process I dropped a large glass of orange juice and vodka and my wife came upstairs. She helped me remove the tie, and we had “another unpleasant discussion” about what was happening to me. Unbeknownst to me, my 16-year-old daughter was just outside the bedroom door eavesdropping on our conversation. When I opened the door and saw her in tears it broke me, we all began to sob.  It was the worst day of my life.

After this incident a couple good things began to happen. My wife had been reading books on police officers, depression and PTSD and saw a connection.  I also stumbled upon an organization called Blue H.E.L.P., read the stories of officers who had taken their lives and saw so many similarities to myself.  I also read stories of officers who gotten help and realized for the first time that I wasn’t alone.  What was happening to me was the normal experiences of many officers.  I also saw that officers that found help kept their jobs.

At my wife’s prodding I agreed to let her set up an appointment for me with our family physician for anxiety, even though I had come to realize I had depression.  I also discovered that depression runs in my family. Anyway, I figured anxiety was a safe problem that wouldn’t affect my career.  I cancelled a week before my appointment.  A month or so later we set up another appointment with my family doctor again.  I cancelled that also.  At this point I wanted help, I just didn’t have the courage to say what was going on in my head to someone who’s been treating my family and I for years.

A couple months later, as I was still struggling, I searched for doctors outside of our immediate circle.  I found a female doctor that had good reviews and looked kind. I know that seems like an odd factor, but it was huge to me. If I was going to open up to someone, I needed empathy and kindness. Anyway, the big day came, I walked through the door and kept the appointment.  I’ll never forget when the doctor walked in and sat down.  She looked at me and said gently “What’s going on?”  I had intended to be stoic, but the tears just came pouring out of me.  She asked if I had been struggling with depression and had been suicidal, we talked about all of it, and then she said the sweetest words I had heard in a very long time “We’re going to get you some help.”

Fast forward a couple years.  I’m on an anti-depressant that have been a godsend. We had to try a couple different kinds, as they all have different side effects, but what I’m on now does wonders, as long as I don’t forget to take it. My wife noticed the difference in me quickly.  I’ve seen a counselor who is married to a cop.  She really understands the stressors of law enforcement and has helped me work through much of my past and the trauma of this career. I think one of the best things my counselor has helped me understand is that police officers are really good at compartmentalizing everything, until they’re not. Once they begin to implode, they can implode fast. That’s exactly what happened to me.

I’d like to tell you that everything is rainbows and unicorns, and some days it is.  I still have ups and downs, but at a fraction of what it was before.  I’m no longer having suicidal ideations. I rarely drink now and try to make sure I get enough sleep. I should exercise more and eat better, maybe in time.  I’ve also discovered a freedom in learning to be more open.  I’ve lost two friends, both officers to suicide. We’re not helping each other by being silent and bearing this alone.  Still doesn’t always make it easy.  I’ve come to realize that younger officers, or those without the exposure to so much trauma, probably won’t get it.  Unless you’ve had depression, I don’t think that’s possible to fully understand either.

I’m rebuilding a marriage that took a painful hit in this process and I suppose I will forever be a work in progress. Thankfully, mental health and wellness is slowly becoming a topic amongst law enforcement nationwide.  For that I’m thankful.  Sadly, we’ve lost so many before it did.

I guess in closing, I’ve come to realize help is available and we are not alone, but at some point, we have to really take the personal step to get help. I’ve talked with friends who are struggling on the job, shared my story, but they’ve resisted taking those first few hard steps. If they do, I know there’s light and hope on the other side.  All I know to do is to continue to try, not as someone who’s arrived, but as a wounded brother just trying to lift up another wounded brother or sister.