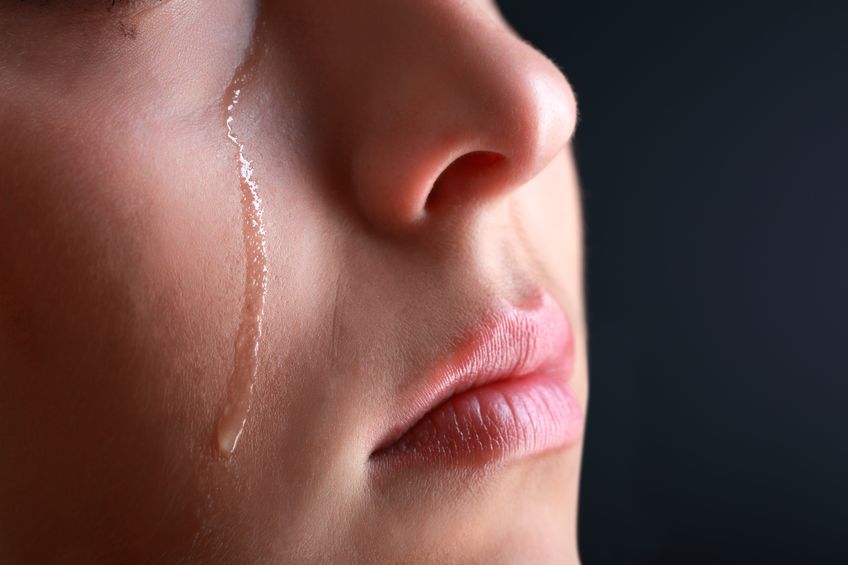 This is the story of a good man, a good wife, a good department, and a bad disease. Of the 100 confirmed law enforcement officer suicides in 2016, this is the story of number 41.  It is not just a number but a man, a husband, a father, and a police officer.

When Steve and Emma met, Steve had been police officer for seven years. They married within two years and quickly became “every family.”

“I never expected things to take such a horrible turn” Emma said. As a nurse, she knew how traumatizing his job could be. They understood each other’s careers and were happily married for seven years; not realizing that Steve was slipping into a depression that would eventually kill him.

Steve was a loving husband and father. He was quiet and shy, and his preferred activity was playing with his boys. He loved scuba diving, the Minnesota Vikings, and the Boston Red Sox. An avid outdoorsman who kept himself physically fit, Steve was a happy man. Although he had brushes with depression in the past, with therapy and the occasional prescription of anti-anxiety medications he was able to get through the rough patches. In 2013, when their youngest son turned one, Steve began to withdraw into himself. Emma noticed that he began mentally isolating himself from his family and friends.

What Emma didn’t know was the job was now taking a toll on him; he was the cop who didn’t wear his uniform home, didn’t talk about the job, and simply left it all at work. “He was a protector, he didn’t want to tell us things, but I know he saw a lot of bad things.” He only shared a few with Emma – arriving first on the scene when a driver high on meth had hit a young girl, her body was no longer intact; watching a fellow officer lose his family after being beaten to within an inch of his life because he couldn’t adjust to what happened to him; and having been physically assaulted himself while doing his job. All these things, and more, were hard for him to see, hard for him to process.

The nightmares began in late summer 2010 and began escalating in 2014, sometimes he fought for his life while asleep.

Steve began making odd statements about not being present in the future, breaking down at times that seemed peculiar to Emma and becoming more withdrawn. She knew he needed help and encouraged him to seek it. In and out of therapy, he couldn’t seem to find peace. In September 2015, Emma felt it was best to separate while Steve focused on himself. “I was devastated but I knew I couldn’t fix him.” By then, Steve was on medical leave from work.

His department was supportive.  They knew that Steve was struggling, and they were more supportive than many others in similar situations. They talked to him often and he was welcomed into the home of a fellow officer when Steve and Emma separated. They wanted to help him, and they wanted him to get well.

After two weeks at his friend’s home, Steve got in his car, took some cash from the bank, emailed a suicide note to a friend and disappeared. Eventually, he ran out of cash and had to use his credit cards. When Emma and his friends tracked him to an out of state hotel, they convinced him to come home and get help.

Emma and Steve went to counseling again. Steve was on medication that was not working as well as he wanted, and he wasn’t able to return to work.  His department continued to stand by him.

By January, Steve was spiraling out of control and he stated he didn’t want to get a divorce, but they should get it over with. There were days that Steve’ friends unknowingly talked him out of suicide and there were also days that he was angry and on the verge of violence. He spent the next few months trying to get better, but he couldn’t.

The mind is a powerful thing, Emma knows that. She knows that she did everything she could to help Steve; others don’t.

Some people blame her. They saw Steve the officer, the good man; they didn’t see the disease or the inability to treat it properly. Their names have been changed so she isn’t judged more than she has already been. She shouldn’t be judged, and neither should Steve. He had a disease; it wasn’t a choice. While choking back sobs, Emma explains that her marriage was failing because of his poor mental health and the police mentality that he could fix things himself. It wasn’t for a lack of love, she loved him more than anyone else in her life.

After his death, Steve’s friends found out that he had been ordering products online that claimed to treat anxiety and depression but were not FDA approved. A worsening of his condition may have been an unintended side effect. They believed his self-medication made him much worse and contributed to his death. Steve wanted so badly to feel well he had downloaded apps to his phone about beating depression.

Steve’s department remained supportive, and they were also devastated. They even had a meeting after he died to evaluate what they did for him to determine if it had been enough. Steve was put on FMLA and set up with the department’s EAP program, but they couldn’t see him as often as he wanted/needed so he sat idle between appointments. There was definitely a gap between what was provided and what was needed.

As a nurse, Emma knows what resources we have for veterans.  She says that we need “those same resources to be available for law enforcement. He could have benefited from some inpatient post-traumatic stress treatment.” She believes that law enforcement needs our help but doesn’t know what it looks like in a nation where mental health funding is being cut and there are provider shortages.

Emma lost Steve long before he physically died, it’s one of the things she struggles with daily. He became a stranger, his behavior changed, and he did things he had never done in his life. There was a darkness in Steve that no one had seen in him before, but “no matter how tragic and scary it was, I loved that man and I forgive him – he never asked to be sick and would never have done what he did if he was well. We all know that.”

What Emma wants more than anything is to have Steve back, the Steve they knew before PTSD took over. It’s important to her that people understand what happened to Steve should not happen to anyone else. “Steve became someone else; he was so cautious in his life and in the end, he succumbed not to a criminal, but to himself. The job was more than he thought it would be, it took more from him than he ever imagined”, she sobbed. “The person we buried wasn’t my husband. The person we buried killed the person I loved; it ate him away from the inside until he was no longer there. PTSD slowly took him away from us and murdered him. I grieve for him every moment.”

“I’ll never be okay with it, I don’t know how I will ever tell my four-year-old what happened,” Emma stated. Their kids are in counseling and miss their Dad, the football games, and vacations. Emma misses the man that doted on them and loved with his whole heart, her best friend.

Emma became a 35-year-old widow, raising two boys and will return to school to pursue her master’s in nursing. As an odd legacy, she plans to work with the mentally ill. Because Emma can’t have Steve back, she “would love to see this article in every police family’s home. This is so important to me- my husband suffered greatly, along with our marriage and our kids. I want other officers to know that no matter how hard it is, don’t give up. Our pain is unbearable some days. Please talk about it. Don’t worry about losing your job, that shouldn’t even be a concern, we need to fix that. We need to talk about how this is affecting people and how we can help them without losing everything.”