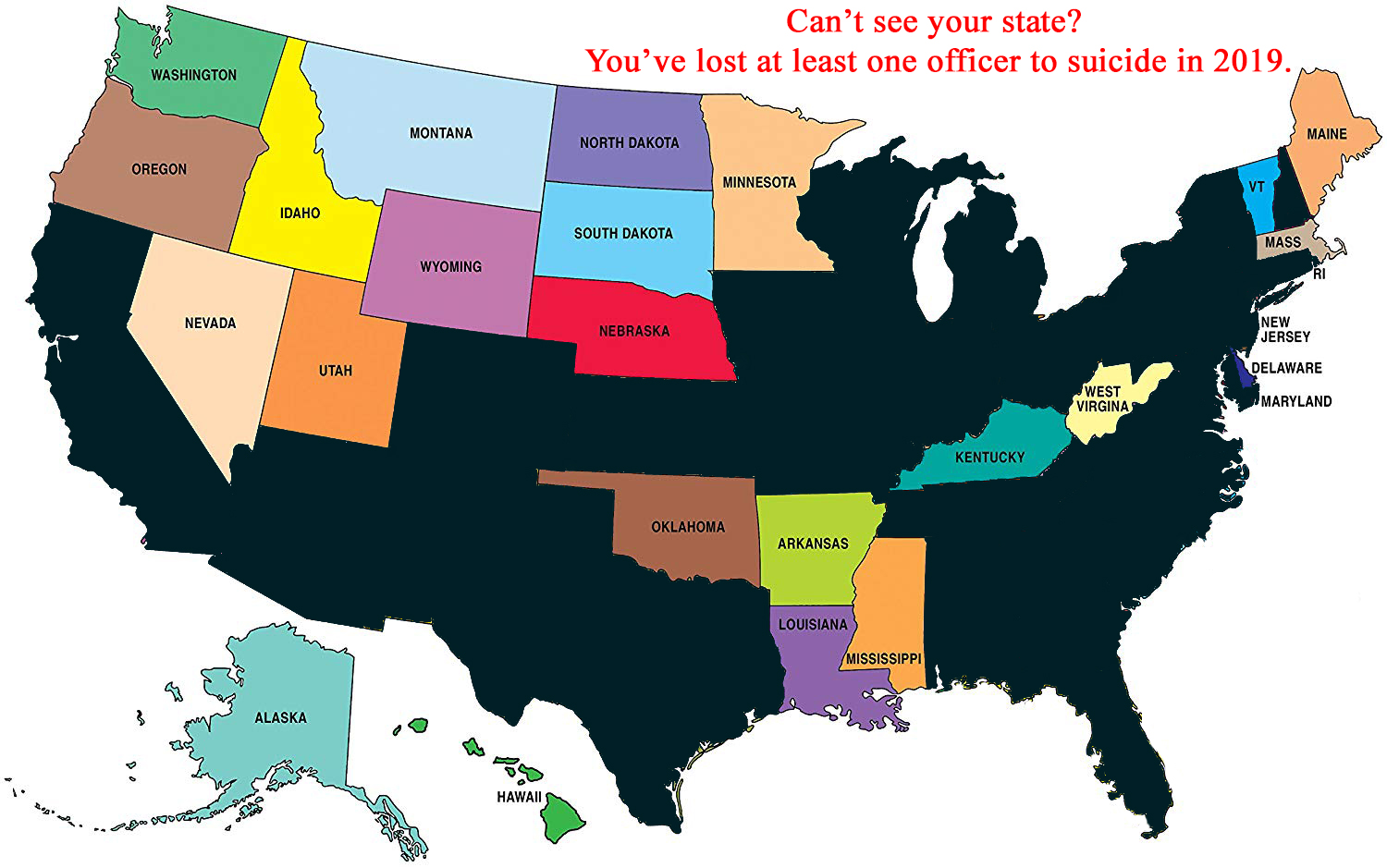 Are we sensationalizing it? No, just telling you what we know; raising awareness and making people pay attention. Why? If not us, then who? Since January 1, 2016 we began collecting the data and the stories. We’ve listened to the families, supported them and we’ve tried to prevent more from happening. Are the suicides on the rise? We don’t know. We know they are reported to us more frequently; we receive messages from officers on the scene, notes from families within days and we hear Chiefs cry while they ask what they should be doing.

We feel like you need to know that it’s happening. We know officers aren’t the only ones taking their lives, we know there are reasons other than the job. We also know that the culture is unique and that there is an urban legend that the line blue line takes care of its own. So, let’s do that. Let’s keep making progress. Let’s look at the officers we’ve lost and take care of their families. Let’s look at those who are suffering and take care of them before it’s too late.

In the meantime, here’s a snapshot of who we know we’ve lost this year. They look like you.

At least eight on duty at the time.

At least fourteen of them sought help.

At least 138 children now without a parent.

What did their families say?

His wife encouraged him to go to counseling, but he refused.

A devoted father to his children, a loving husband to his high school sweetheart and known to his coworkers for his inspirational quotes.

Our 9-year-old son found him

He had a heart of gold.

He struggled with PTSD and alcohol.

His solitude increased over his years in the department and worsened with retirement.

He was the first one to jump at the chance to help rookies and share his vast knowledge.

She was struggling will pills after being injured on the job.

We just don’t understand how someone so successful and had so many friends could be in so much pain.

He was set to retire. No one really knows what was going on with him as he seemed to have life in order for retirement.

He was a devoted public servant.

He was my best friend and brother. His death shocked us all.

What can you do?

Watch your 12. You’ve got your twelve. So do your friends, co-workers and family. Watch your head and heart. Look at yourself in the mirror and be honest with your emotions. Ask for help when you need it. Believe that things will get better.

Visit one of the following websites and learn everything you can about suicide.